To share your memory on the wall of Philomena Discenza, sign in using one of the following options:

Provide comfort for the family of Philomena Discenza with a meaningful gesture of sympathy.

Receive notifications about information and event scheduling for Philomena

We encourage you to share your most beloved memories of Philomena here, so that the family and other loved ones can always see it. You can upload cherished photographs, or share your favorite stories, and can even comment on those shared by others.

Posted Apr 13, 2020 at 03:45pm
Frank, Johnny and Ann Marie & Families ~
We are so sorry to hear of your mom's passing! May your memories bring you peace at this very difficult time.
With our deepest sympathy!
Love, John & Helen Palazzo
Comment Share
Share via:

Posted Apr 12, 2020 at 04:05pm
Frank, Johnny & Ann Marie.... We are so sorry to hear of your mom‘s passing. She was such a lovely woman and one of my favorites growing up. She will he missed. I’m sorry that we could not be with you during this time of morning. Sending a prayer to all of you and all of our love.
Dan & Kira Mozzicato & Family
Comment Share
Share via:
TH

Posted Apr 10, 2020 at 10:44am
Frank: My deepest condolences to you and your brother and sister. Rest assured your Mom is at peace and she and your Dad are happy and together again.
Tom Harris

Posted Apr 09, 2020 at 10:07pm
My deepest condolences. The memories you hold close to you are your treasurers deep in your heart
Bro. Emidio Pizzoferrato & Family
Comment Share
Share via:
JP

You were the most kindest caring person i had been blest to have been part of your life in the past. I so dearly loved you with all my heart ! I will miss you. God keep you. You are whole again and with all your love ones and your husband. Rest in peace sweet Phil.
I love you .......
Joanne
Comment Share
Share via: 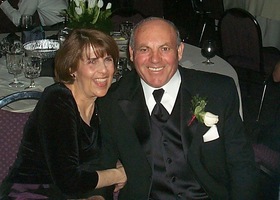 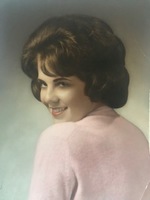