To share your memory on the wall of James O'Brien PhD, sign in using one of the following options:

Provide comfort for the family of James O'Brien PhD with a meaningful gesture of sympathy.

Due to health concerns, a private burial will take place in Village Cemetery, Wethersfield at 10:00 am on Thursday May 14, 2020. A Memorial Mass will be held at a later date. To extend condolences or to view the committal service on webcasting, please visit Farleysullivan.com..

Receive notifications about information and event scheduling for James

Print
Due to the current health restrictions, there will be a live stream of Dr. James O'Brien's Committal Service at 10AM, this Thursday, May 14, 2020.

We encourage you to share your most beloved memories of James here, so that the family and other loved ones can always see it. You can upload cherished photographs, or share your favorite stories, and can even comment on those shared by others.

Posted May 21, 2020 at 07:38am
So sorry to hear about the passing of Doctor O'Brien. My condolences to the entire O'Brien family.
Michael Lutsky
Comment Share
Share via:
K

Posted May 15, 2020 at 05:13am
When I graduated from nursing school I started in the ICU and met Dr Jim since he was the medical director. I could not have asked for a better champion of the nurses! He always encouraged, educated and always had our backs. His wit was as quick as his smile. I can picture him coming down the hall with his great friend Fr Butler. Between the two of them they ran the ICU and ER.
Comment Share
Share via:
FC

Posted May 14, 2020 at 06:10pm
Dr. James O'Brien was a giant of an educator. I remember his skill and insight so generously given to the students of South Catholic High School, Hartford...giving his knowledge about the issues of addiction and youth in powerful and vibrant ways. I thank him for helping to save lives. May he rest in the loving embrace of the God he so loved. Peace Fr. George Couturier
Comment Share
Share via:
AS

Posted May 14, 2020 at 10:39am
I am so grateful that I was able to join in on the pod-cast this morning of the beautiful Graveside service for Dr. O'Brien. My sincere sympathy to the entire O'Brien family. I have fond memories of seeing Dr. O'Brien at Incarnation Church for so many years as an usher, Minister of Holy Communion and Parish Council President/member. Dr. O'Brien was always there to help Fr. Crawford when he needed him! Dr. O'Brien was such a faith-filled man, so kind with his small little smile and keen sense of humor! Sending healing prayers to you Deb and Joan and the family. Fondly Audrey Saharek & Family
Comment Share
Share via:
KH

Posted May 14, 2020 at 08:07am
A lovely man with a wonderful family. We are eternally grateful for his sage advice and send our deepest sympathy to the entire O’Brien clan. Love you all
Kathy and Jim Heffernan
Comment Share
Share via: 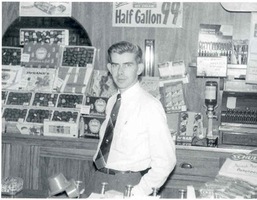 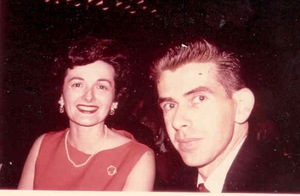