To share your memory on the wall of Wilhelm Schon, sign in using one of the following options:

Your condolence has been submitted for approval. There may be a delay before posting.

Provide comfort for the family of Wilhelm Schon with a meaningful gesture of sympathy.

Print
Services are private and at the convenience of the family.

We encourage you to share your most beloved memories of Wilhelm here, so that the family and other loved ones can always see it. You can upload cherished photographs, or share your favorite stories, and can even comment on those shared by others.

Posted Nov 23, 2019 at 10:23pm
Obituary for Wilhelm Michael Schon
Michael left his struggles in this life on the morning of November 6, 2019 at Rockville Hospital. Mike was the first born to Wilhelm and the late Lianna Gauvin Schon on September 18, 1962 in Hartford, CT . He attended East Windsor School system. Mike was an intelligent youth who loved history and dreamed of being an archeologist. He looked forward to the new edition of the Almanac of World Records each year and retained many facts in his head. Learning came easy to him. He joined the U.S. Army, completed boot camp at Fort Knox, KY then was sent to Germany. He returned to civilian life. He worked for the Town of Windsor for a time and earned his truck driving license. Mike was employed as truck driver for several companies during his lifetime.
Michael was predeceased by his mother, Lianna in 2005. Michael leaves to mourn, his father Wilhelm of Broad Brook, wife Laurianne P. Schon of Rockville, his son, W. Gregory Schon and Greg’s mother MaryEllen of West Suffield, stepdaughter Krystyna Sobol of Rocky Hill, brother David Schon of Broad Brook, sister and brother-in-law Christine and David W. Welton and nephews David Samuel and Nathan Welton of Ellington, Evan of North Billerica, MA and numerous aunts, uncles and cousins.
Burial will be private. In lieu of flowers, the family asks that memorial donations be made to: Become Part of the Solutions, c/o Union Church, 3 Elm Street, Rockville, CT 06066. www.bpsrockville.com We hope Mike’s death will not be meaningless but in helping others like himself, suffering from drug and alcohol addiction and work toward recovery. 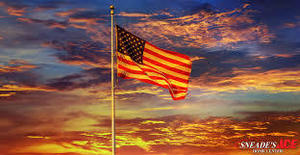