To share your memory on the wall of Theresa Hanson, sign in using one of the following options:

Receive notifications about information and event scheduling for Theresa

We encourage you to share your most beloved memories of Theresa here, so that the family and other loved ones can always see it. You can upload cherished photographs, or share your favorite stories, and can even comment on those shared by others.

From the Martin family. We love you all. sent flowers to the family of Theresa L. Hanson (Gentile).
Show you care by sending flowers

From the Martin family. We love you all.

Posted Jun 11, 2020 at 01:44pm
Beautiful Terri lives on in each one of us, confess Jesus as lord, live the best you can and and you will spend eternity in heaven with her one day!

From the Martin family. We love you all. purchased flowers and planted a memorial tree for the family of Theresa Hanson. Send Flowers 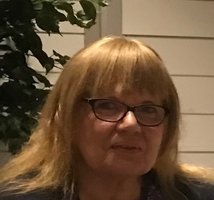