To share your memory on the wall of Terrence McBride, sign in using one of the following options:

Receive notifications about information and event scheduling for Terrence

We encourage you to share your most beloved memories of Terrence here, so that the family and other loved ones can always see it. You can upload cherished photographs, or share your favorite stories, and can even comment on those shared by others.

Posted Jun 23, 2020 at 07:23am
To the entire McBride family, our deepest condolences. Our thoughts and prayers are with you. Terry was a pleasure to work with, and to be around. Keep all of the many, many pleasant thoughts of Terry fresh in your mind.

So sorry for the loss of your brother Terry. We will keep you in our thoughts and prayers at this sad time.

Posted Jun 22, 2020 at 04:36pm
TERRY WAS A FRATERNITY BROTHER OF MINE AT THE UNIVERSITY OF HARTFORD. HE WAS A JOY TO BE WITH AND I LEARNED A GOOD DEAL FROM HIM AND HIS PALS IN THE SOUTH END. THE U OF H GOT TOGETHER A LOT OF LOCAL FOLKS AND LIKE TERRY BROADENED MY UNDERSTANDINGS OF OUR COMMUNITY. GOD BLESS TERRY.
Comment Share
Share via:
GB

Posted Jun 22, 2020 at 04:15pm
Our condolences to Terry's family and all the McBrides. Terry was such a happy-go-lucky guy. Always had a smile for everyone. He will be missed. Our most sincere condolences. Joe and Gail Braiewa
Comment Share
Share via:
LF 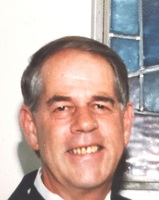