To share your memory on the wall of Stephen Wroniak, sign in using one of the following options:

Provide comfort for the family of Stephen Wroniak with a meaningful gesture of sympathy.

We encourage you to share your most beloved memories of Stephen here, so that the family and other loved ones can always see it. You can upload cherished photographs, or share your favorite stories, and can even comment on those shared by others.

Posted Sep 23, 2019 at 09:02pm
Steve always made me laugh, I worked with him at DMV and I was sad to hear the news. My condolences to all of the family.
Comment Share
Share via:
FB

Posted Sep 23, 2019 at 10:15am
My deepest condolences & respect to the Wroniak family on the death of Steve. A truly funny guy, who always made the workplace just a little bit better.
Comment Share
Share via:
BK

Posted Sep 21, 2019 at 10:56pm
To The Wroniak Family,
My heartfelt condolences to the Wroniak family. I'm proud to say that Steve was my friend I will always remember him
as a kind and caring Hartford Police Officer.

My Very Best Wishes to Tom and all of the family.

Posted Sep 21, 2019 at 12:08pm
Rest In Peace Steve! Our condolences to Tom and the Wroniack family. Our hearts broke at hearing the loss of Steve. Our families go back to our beginnings on Retreat Ave. We shared so many holidays and summers at Rocky Neck. We were so proud when he joined the Hartford Police Department. We’ll miss his wit, smile and devilishly manner. May we all take comfort that he is not in pain and treasure the wonderful memories! 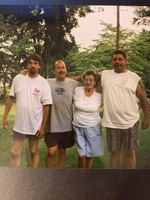 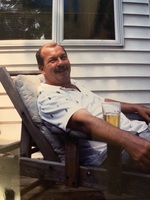