To share your memory on the wall of Salvatore Salvato, sign in using one of the following options:

Provide comfort for the family of Salvatore Salvato with a meaningful gesture of sympathy.


Salvatore Salvato, 88, born April 11, 1932 in Brooklyn, NY, passed away April 29, 2020, after a long illness. He was the son of the late Anthony and Angelina (Imondi) Salvato. A graduate of City College of New York, he earned a degree in Civil Engineering. He served 8 years in the Army Reserves, in the Army Corps of Engineers and received a Certificate of Commendation for superior service in relief operations, following Hurricane Betsy in 1965. He worked many years for the US Department of Housing and Urban Development. Salvatore enjoyed traveling and was a human GPS before GPS existed, offering directions and maps to give the safest, direct route to a destination. He was a lifetime member of the BPOE Lodge 2060 and served as Exalted Ruler in 1987-88, planning many successful functions.
Salvatore is survived by his devoted wife of 62 years, Dorothy (Palazzolo) Salvato, his loving daughter Lori and her husband Allan Shaer and his cherished granddaughters, Christina, Maria and Allayna Shaer, as well as John’s daughter, Nichole Salvato. He also leaves his brother Vito Salvato and companion Linda Bener of Bondville, VT, his cousin Charles Mannino and his wife JoAnn of Sugarloaf, NY, his sister-in-law Catherine Ciaravino of Wethersfield and many nieces, nephews and extended family and friends. He was sadly predeceased by his son John. Salvatore’s family thanks the HHCH nurses and caregivers for their loving care who became like part of his family. A Memorial Mass will be scheduled at a later date. Memorial donations may be made to The Church of the Incarnation, 544 Prospect Street, Wethersfield, CT 06109. To extend condolences, please visit Farleysullivan.com.
Read Less

Receive notifications about information and event scheduling for Salvatore

We encourage you to share your most beloved memories of Salvatore here, so that the family and other loved ones can always see it. You can upload cherished photographs, or share your favorite stories, and can even comment on those shared by others.

Posted May 05, 2020 at 09:26am
Please accept our most heartfelt sympathies for your loss... Our thoughts are with you and your family during this difficult time.

Posted May 03, 2020 at 11:43am
Dottie,
I'm truly sorry for Sal's passing. I think of you guys often. I've shared many stories about me and John with my family. Those stories always make me smile. Although he's gone, he's stayed in my heart, and so have you and all your family.
I wish you only peace.
Love and prayers,
Tom Ayers and Family
Comment Share
Share via:
TB

Posted May 03, 2020 at 10:09am
love and prayers to all of you during this difficult time.
cherish the memories.
deepest sympathy,
Tina Barone and family
Comment Share
Share via: 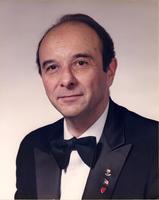