To share your memory on the wall of Rosario Mollica, sign in using one of the following options:

Receive notifications about information and event scheduling for Rosario

You will receive any future notification messages.
Print
SERVICES WILL BE HELD AT A LATER DATE

We encourage you to share your most beloved memories of Rosario here, so that the family and other loved ones can always see it. You can upload cherished photographs, or share your favorite stories, and can even comment on those shared by others.

Posted Mar 20, 2020 at 11:19pm
A man whose smile and personality I will always remember, and hold close to my heart. Even on his hardest days we made the best of them. And one thing for sure he loved his Wife and Children. He was always concerned about their well being. You're all in my thoughts and prayers through this difficult time. ❤Erica
Comment Share
Share via: 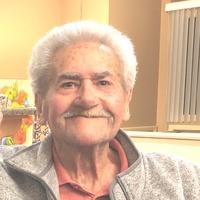