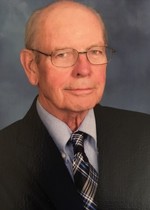 Lt. Colonel Robert E. Courneen, US Army Ret., 83 of Glastonbury, passed away April 30, 2020 at The Hearth in Glastonbury. He was born in Hartford on May 31, 1936, son of the late Martin B. and Jane (Foley) Courneen. Bob was a graduate of Bulkeley High School and was very active in Hartford prior to joining the Army. He was President of the Hartford Young Democrats. Bob went on to graduate from the University of Nebraska and later achieved his Masters Degree from Long Island University. He enlisted in the US Army in 1965 and served in Vietnam and Korea. For his exemplary service he was awarded the Bronze Star. He retired from active duty as a Lieutenant and moved to the US Army Reserve and served as a Division Chief, Deputy Chief of Staff for Security and Intelligence, and US Army Depot System Commandant. He retired from military service as a Lt. Colonel, Military Police Corps in 1996. Bob was a lifetime member of VFW Post 1599, Chambersburg, PA and the Reserve Officers Association of the US. In his spare time, Bob enjoyed gardening, cars and his faithful bird companion, Charlie ; Bob was also a survivor of the Hartford Circus Fire of 1944.
Besides his parents, Bob was predeceased by his brother Martin B. Courneen and his wife Marge and his sister MaryJane Strong and her husband Louis. He leaves his beloved nieces and nephews, James Courneen, Linda Cowles, Diane Marrero, Sharon Courneen, LoriAnn Bender, Edward Strong, Robert Strong, John Strong and Brian Strong, as well as many loving cousins and friends including Eleanor Nuffort, William Foley, William and Maureen Sullivan and Kenneth Vardion. Bob’s family wishes to extend their sincerest gratitude to The Hearth and HomeAides especially Keisha and Comfort for all the love and support they gave to him during his illness.
Charities held a special place in Bob’s heart including the Boys and Girls Club of America and the Catholic Church and through his legacy many will benefit from bequests he has made. Donations in his honor may be made to Vietnam Veterans of America, Alzheimer’s Association and/or Food Share or your local food bank in honor of the current crisis in our country and our world.
Due to health concerns, a private burial with military honors will be held in Cedar Hill Cemetery. It will be available through livestreaming at 11:00am Tuesday May 5, 2020. For further information or to extend condolences, please visit Farleysullivan.com.

LIve streaming will be available at 11:00 AM. Click the Photos & Videos tab and scroll to the bottom. The video link will not be available until just prior to the service.