To share your memory on the wall of Joseph Klivak, sign in using one of the following options:

Provide comfort for the family of Joseph Klivak with a meaningful gesture of sympathy.

Receive notifications about information and event scheduling for Joseph

We encourage you to share your most beloved memories of Joseph here, so that the family and other loved ones can always see it. You can upload cherished photographs, or share your favorite stories, and can even comment on those shared by others.

I worked for several years with Joe in New Haven at SNET. He was my manager in the Corporate Communications marketing group in the mid 1980's. I respected Joe as a gentleman and someone who cared about those associates that worked with him. My special memory of Joe was 35 years ago when he came to my mother's calling hours to offer my family his condolences. He was a special man in the way he touched my family's lives. I will remember him fondly. Peace be with all of you, may god continue to bless your family.

Posted May 26, 2020 at 05:27pm
Dear Sheila,
Recalling 2013, I was so pleased to be able to share our 50th high school reunion dinner at the same table with you and Joe. Joe had not changed much from high school I thought; he was a quality friend and will be missed by many. I am so sorry at his passing. Deb and I share our condolences for your loss and we wish you and your family the best.
With love and prayers,
John & Deb Surprenant
6215 S. Hummingbird Lane
Columbia, MO 65201
Comment Share
Share via:
FV

Posted May 26, 2020 at 12:27pm
I'm so sorry for your loss. In the 1970s, Joe and I carpooled to SNET from my apartment, Century Hills in Rocky Hill. Joe was a great guy, and we had some laughs carpooling. He had a great sense of humor. May he rest in peace.
Comment Share
Share via:
SC

Posted May 25, 2020 at 04:24pm
Sheila and family,
I was so sorry to hear Joey's passing. I have so many great and some funny memories of him in our house on Rochdale Terrace. He was a big part of my growing up. Know that all of you are in my thoughts and prayers.

Posted May 25, 2020 at 10:42am
Dear Sheila, Time passes, but fond memories remain, Joe was a wonderful friend during our time together at Quinnnipiac. He was our go to guy when we had to get through our math assignments! The laughs we had were ongoing and memorable. He was a fine man and a true friend and his loss is deeply felt. Please keep me informed about future services. Sincerely, John Mudry phone 203 723 0301
Comment Share
Share via: 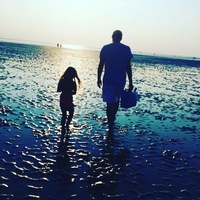 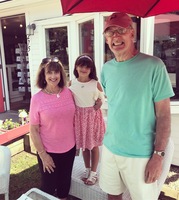