To share your memory on the wall of John Parry, sign in using one of the following options:

Receive notifications about information and event scheduling for John

You will receive any future notification messages.
Print
Services to be held at a later date

We encourage you to share your most beloved memories of John here, so that the family and other loved ones can always see it. You can upload cherished photographs, or share your favorite stories, and can even comment on those shared by others.

So nice to hear from you Jeff! Our Hatfield days are among the very best memories for our entire family. Just drove by your folks’ home on Gore Avenue this past week, just for old times’ sake. Thank you for reaching out, John will be tremendously missed.
CH

Posted Jun 18, 2020 at 05:45am
Gonna miss you John Boy!! God took you a little bit early for my liking, but then again he knows best not me! I’ll never forget the fun time we had together I love you bro!
Comment Share
Share via:
BM

Posted Jun 14, 2020 at 06:33pm
I was shocked and saddened to see that John had passed away. My condolences to John's family and to all of the Parry's. My brother Mark and I were close friends with John and George growing up. We spent hour upon hour playing basketball, wiffle ball, swimming in the Parry's pool, playing with model race cars in their basement, and listening to the "Top 40" music countdown every week while doing homework (much to Charlotte's chagrin!). Unfortunately, we all grew up, moved on, and lost touch. Now I see that John lived just a stone's throw from me in Connecticut. He was a great guy and the kind of friend that helps make for a wonderful childhood. I hope that fond memories will help John's family and friends through this difficult time.

Thanks so much for these memories, it means so much to have him remembered in such a fun way. I remember all of the fun you guys had together in that “boy ‘hood” - no other girls around as I recall. Good news, I don’t have any memories of you guys being annoying :) John remained a kind, social, charismatic guy with a great sense of humor. He will be tremendously missed. The best to all of you Mullins boys!! - - Charlotte (Parry) Waynelovich
NM

Posted Jun 14, 2020 at 10:21am
Our condolences to Rita and her family on this sad occasion. We enjoyed getting to know you both at Bocci. He was always upbeat and fun even when we knew he must have been in pain. He will be greatly missed. Nancy & Tim Malinguaggio
Comment Share
Share via:
MO

Posted Jun 12, 2020 at 10:49am
Rita and family,
JP was an amazing person. His impact on those that were fortunate enough to have him as a friend lives on within each of us. I feel blessed to have had him as my boss, mentor, and friend. We shared many good times, a few of which I've uploaded pictures of. Words do not express the sense of loss that we all feel from his passing, but I know that you take comfort in him being in a better place now, rejoined with Thomas and his mom. You have our heartfelt condolences, prayers and sympathies in your loss. We look forward to celebrating his life with you and friends whenever it is scheduled. 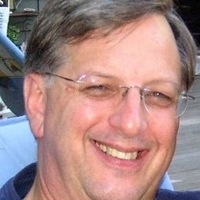 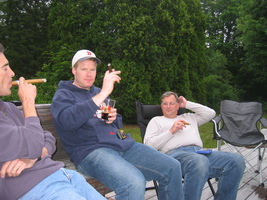 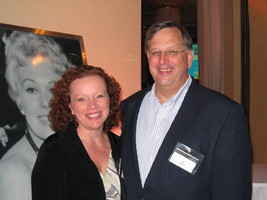 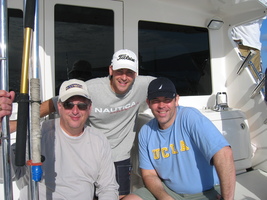