To share your memory on the wall of James Droney, sign in using one of the following options:

Receive notifications about information and event scheduling for James

We encourage you to share your most beloved memories of James here, so that the family and other loved ones can always see it. You can upload cherished photographs, or share your favorite stories, and can even comment on those shared by others.

Steve Emma and family., Sikorsky's CRH Program, and other have sent flowers to the family of James Brendan "Jim" Droney.
Show you care by sending flowers

Posted Oct 07, 2020 at 07:37am
Sending love, strength and prayers to the entire Droney family... from your childhood friends - Patrice Bowser & family.
Comment Share
Share via:
JP

Posted Sep 17, 2020 at 04:49pm
Diane: I am so sorry to hear of Jim's passing. I remember when Dan hired him on at Cuno as a QA manager such a long time ago. Whether it was an on the job question or words of wisdom to share, he always had time for you. He also spoke so proudly of his family. You were clearly the loves of his life. Jim will be missed. Again, my sincerest sympathies to you and your family.
Janet Pizzuto
Comment Share
Share via:
LS

Posted Sep 12, 2020 at 03:31pm
No doubt, he leaves behind a legacy of love. May those memories carry you through. Our deepest condolences.
Max Schiavone's family -FSU Falcons
Comment Share
Share via:
SS

Posted Sep 11, 2020 at 08:47pm
Susan Droney Shannon, Bill, William, and Kate. Darien, CT
My condolences to all of your family. I am still in shock to learn about Jim's passing. I was reading Chris Droney's obituary read about Jimmy. There are no words that can take away the pain. Our prayers are with you and your family. May Jimmy rest in peace.
Comment Share
Share via:
TD

Posted Sep 11, 2020 at 09:31am
Shocked and saddened to hear of Jim's passing. We worked together years ago as engineers at ABB-CE before I even realized we both lived in Suffield. I'll miss running into him now and then in town and at UConn events reminiscing and catching up. Our sincere condolences.
Tom, Melissa, Laura & Emily Dorman
Comment Share
Share via: 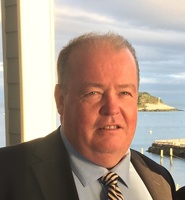