To share your memory on the wall of Francis Quinn, sign in using one of the following options:

Provide comfort for the family of Francis Quinn with a meaningful gesture of sympathy.

We encourage you to share your most beloved memories of Francis here, so that the family and other loved ones can always see it. You can upload cherished photographs, or share your favorite stories, and can even comment on those shared by others.

Posted Feb 09, 2020 at 09:47am
We were sad to read of "Red" Quinn's death in the Greenfield Recorder. We bought the Quinn house at 23 Riddell St. from his father 50 years ago. We are now mid 70's and still here. We are the last original people in the small neighborhood.
Hopefully, at some point he drove by to see that we have taken care of the tiny house that our kids also grew up in.
Fred and Joanie Ebeling
Comment Share
Share via: 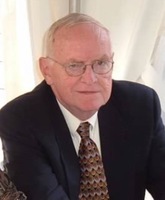