To share your memory on the wall of Kevin Vaughan, sign in using one of the following options:

Provide comfort for the family of Kevin Vaughan with a meaningful gesture of sympathy.

Donations are being accepted for: RICHARD M KEANE FOUNDATION INC.

We encourage you to share your most beloved memories of Kevin here, so that the family and other loved ones can always see it. You can upload cherished photographs, or share your favorite stories, and can even comment on those shared by others.

Paul and Karen McKenna, The Rowes, and others have sent flowers to the family of Kevin C. Vaughan.
Show you care by sending flowers

Posted May 21, 2019 at 04:25pm
My sincere condolences. Kevin has a favorite here in this office, and I always welcomed a call from him as it was guaranteed to brighten my day. He will be missed.
Comment Share
Share via:
D

Posted May 03, 2019 at 08:22pm
My sincere condolences to the family for your loss. May you have pleasant memories of Kevin that bring you comfort and May the God of all comfort wipe away the tears during this difficult time. Isaiah 25:8,9
Comment Share
Share via:
PM

Posted May 02, 2019 at 04:10pm
Gina and family- I am so saddened to hear about the loss of Kevin, My heartfelt sympathy to you and your family. Love Nancy (Linge) Wintersteen
Comment Share
Share via: 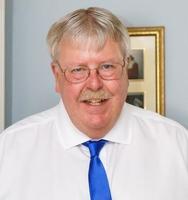