To share your memory on the wall of Laurie Drisdelle, sign in using one of the following options:

Provide comfort for the family of Laurie Drisdelle with a meaningful gesture of sympathy.

Besides his wife, he leaves his son, Ronald Drisdelle and his wife Vicky (Marx) of Rocky Hill and his daughters, Denise Hallisey and her husband Michael of Wethersfield, Gisele Molloy and her husband Brendan of Lutz, FL and Carmen Gorton and her husband Gregory of Stratford. Laurie will also be remembered by his 13 grandchildren, Nathaniel, Justin and Christopher Drisdelle; Michael, Ryan, David and Patrick Hallisey; Bryant, Cameron, Connor and Aaron Molloy; and Stephen and Monica Gorton. He also leaves his sister, Maria (Donald) Riccardi of Topsfield, MA, and his sisters-in-law Dorine, Anita, Bernadette (Richard) and Therese of New Brunswick, Canada, and many nieces and nephews in the United States and Canada. He was predeceased by his brothers and sisters, Emery, Willie, Lionel and Gerald Drisdelle, Lorraine Hebert and Imelda Maillet. Laurie’s family would like to extend their sincere thanks to his home care providers, Donna, Krystyna and Stanley, and Vitas Hospice. Their loving and compassionate care made it possible for Laurie to stay at home during the last years of his illness.
Read Less

We encourage you to share your most beloved memories of Laurie here, so that the family and other loved ones can always see it. You can upload cherished photographs, or share your favorite stories, and can even comment on those shared by others.

Regina Everman, CareCentrix, Nieces Donna and Linda, Doug Green, and Richard Do, and others have sent flowers to the family of Laurie Joseph Drisdelle.
Show you care by sending flowers

Guaranteed hand delivery by a local florist
A

Posted Apr 21, 2019 at 05:37pm
Gisele, you and your entire family are in my thoughts and prayers! Regina Everman/CareCentrix 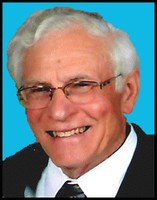